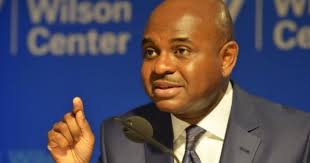 The former deputy governor of the Central Bank of Nigeria (CBN) said this in reaction to the killing of over 80 people in Plateau state during the weekend.

Fifty houses and two cars were reportedly destroyed in the process.

In a statement on Monday, Jide Akintunde, spokesman of Moghalu, quoted him as saying the first duty of any government is to protect its citizens.

“I am shocked to my marrows at the news, just this weekend, of another deadly attack in our country – this time, within the Gashish and Ropp Districts of Plateau state. In this latest episode, scores of citizens were murdered by these rampaging killers,” the statement read.

“This is outrageous, and demands all people of goodwill to rise in its total condemnation. I extend my condolences to the families of these victims.

“Let me state in clear terms, as I have always insisted, that the first line of duty of any sensible government is the protection of lives and property. And we are all witnesses to the failure of this administration in performing that duty.

“We have once again been told by the president that the perpetrators of these heinous murders will be brought to justice. If past experience and the track record of this administration is any guide, these promises offer us no assurance because similar ones in the past have yielded no real action. We really must ask: are we becoming a failed state in which the state has lost the monopoly of armed weapons to well-organized criminals?”

He added that the government “appears not to know what to do” about growing security concerns across the country.