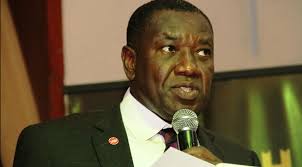 Addressing a press conference in Lagos at the weekend the employers said that the high level of inflation in the context of a recession and rising unemployment showed the impact of conflicting policy measures.

While recognising the narrowing economic contraction and moderate decline in inflation in the first quarter of the year, the President, NECA, Mr. Larry Ettah, said the continued existence of stagflation called for reduction in the cost of borrowing.

“The economy is in recession and we need to stimulate it by bringing down the interest rate,” he said.

The Consumer Price Index, which measures inflation, moderated for a third consecutive month in April, reducing slightly to 16.25 per cent from 17.24 per cent year-on-year in May.

He noted that in other climes, it was an acceptable practice in a recession to introduce reflationary fiscal policy and monetary easing, including interest rate reduction.

Ettah said the assumption that a tight monetary policy would constrain inflation and ease pressure on the naira was wrong.

He said, “It is accepted practice in economic management in most jurisdictions that the correct posture in a recession is a reflationary fiscal policy and monetary easing, including reducing interest rates. Instead, the CBN has maintained a tight monetary policy and raised interest rates.

“We are of the view that this approach is sub-optimal and has failed.”

According to the NECA president, manufacturers and private sector employers are contending with a triple effect of recession, high inflation and high interest rates caused by wrong policy choices made by the monetary authorities.

The association called on the CBN to consider lowering interest rates and specifically reduce the Monetary Policy Rate, which has been kept at 14 per cent since July 2016.

Ettah pointed out that one of the negative outcomes of the high interest rate was the crowding out of the private sector from credit facilities by the government.

The Association had earlier this year called on the CBN to adopt a floating foreign exchange system against the fixed exchange rates system which it said give room for round tripping and forex market arbitrage. NECA then argued the evidence from other economies is clear and compelling to the effect that floating exchange rate systems enable economies respond best to declines in the value of their exports and provide a natural adjustment mechanism to preserve foreign exchange reserves and change incentives and behaviour of economic actors.

“Nigeria’s attempt at a fixed exchange rate system and administrative controls or rationing of scarce foreign currency has clearly failed and produced foreign exchange market arbitrage and “round-tripping”; corruption, multiple exchange rates and acted as a deterrence to investment,” it said then.