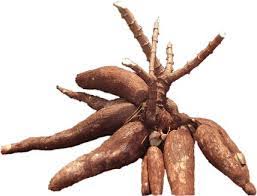 The Nigeria Cassava Growers Association (NCGA) says Nigeria has the capacity to produce over 10 trillion litres of ethanol at a competitive price and earn trillions of naira exporting the product.

Mr Segun Adewumi, the National President of NCGA made this known in his presentation at the Cassava Africa Expo and conference organised by BKG Exhibitions Nigeria Ltd. on Tuesday in Abuja.

He said that the 400 million litres of ethanol that the country uses required only 100,000 hectares of farmlands from the 84 million hectares arable land in Nigeria.

“This is to say Nigeria can reduce her import bill on the listed product by N12 trillion.

“At the same time, we can earn several trillion of naira in foreign exchange from cassava products,’’ he said.

He said that pharmaceutical industries across the world preferred cassava industrial starch to the corn starch being used.

He added that mass production of these derivatives could earn Nigeria over N10 trillion annually.

He said that the major challenge of cassava production in Nigeria, which also applied to other crops, showed the country as the most backward nation in agricultural production in the world.

“Nigeria is the only country that is left behind in the practice of modern agriculture, food is produced more cheaply even in neighbouring countries than in Nigeria,’’ he said.

However, he said that the country needed to address the value chain and stop the three-year circle of glut in cassava market.

He said that the country had to ensure regular, adequate and affordable and all year round supply of cassava to the processing factories.