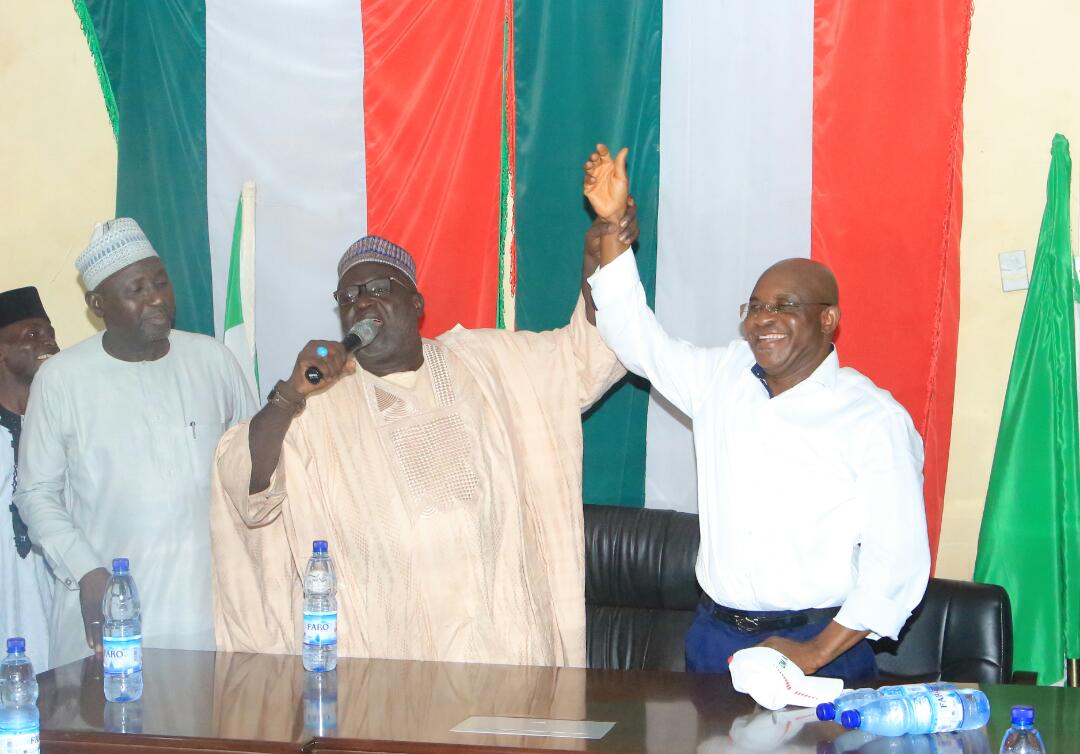 Former President of the Senate and leading Peoples Democratic Party (PDP) Presidential aspirant, Senator David Mark has said that his re-branded party has the blue print designed to end the misery and poverty unleashed on Nigerians in the last three years.

“If we do the right thing and harness our human and material resources, with the blue print, Nigeria would return to the path of prosperity”, Senator Mark stated.

Senator Mark told party faithful in Kebbi, Sokoto and Jigawa States today that whether he clinches the party’s ticket or not, any of the aspirants who emerge must be ready to be aggressive in the fight against poverty and misery which Nigerians have been subjected to.

The presidential hopeful stressed; ”Whether I win the primary or not, we must decide as a people that Nigerians does not deserve this misery they have been subjected to due to lack of visionary leadership.

“I have said it repeatedly that the 2019 election is about the destiny and survival of our country. All men and women of goodwill must work together to rescue our nation from the fangs of poverty, insecurity and disunity.

He reiterated his position four years ago (when the party was in disarray after its defeat in 2015) that “I will remain faithful to the PDP. I have said that even if I am the last man standing, I will remain to rebuild the party. The influx of Nigerians into the party has vindicated me.

“All of us have a stake in this country, whatever we can do legitimately to make Nigeria great should not be compromised for any reason”.

He said he has a team of carefully selected young professionals who would drive the economy if given the mandate saying “I have a strong believe that our economy would bounce back within two years. It would be goodbye to poverty”.

Youth empowerment, revolution in Education, Health care and agriculture among others he added would be given top priority.

Reeling out the credentials of her principal, Director General of David Mark campaign organization, Senator Zainab Kure said the Presidential aspirant is a man of vision who has a defined road map on how to get the economy out of the woods.

Chairmen of PDP in Kebbi Alhaji Sa’idu Haruna, his Sokoto counterpart Ibrahim Milgoma and Jigawa’s Salisu Mamuda were in agreement that Senator Mark possesses the requisite knowledge and experience to lead Nigeria to the promise land if given the mandate.