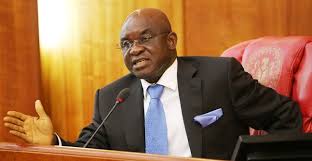 Former President of the Senate and Leading Peoples Democratic Party (PDP) Presidential aspirant, Senator David Mark has asked the Independent National Electoral Commission (INEC) to do the needful by declaring Senator Ademola Adeleke winner of the last Saturday’s governorship election in Osun State.
He said it is incontrovertible that results announced by the electoral umpire showed that Adeleke of the PDP scored the majority of the lawful votes cast.
Senator Mark said: “the declaration of the election by INEC as inconclusive is setting a dangerous precedence and ultimately a threat to democracy”.
He maintained that the election complied with all known electoral guidelines and was therefore conclusive arguing that the only logical thing to do is to declare Adeleke the winner forthwith.
According to Mark, “INEC should demonstrate its independent. This twist is an affront to the good people of Osun State and Nigerians whose wishes are being manipulated.
“The All Progressives Congress (APC) must accept the result of the Osun governorship election. This antics of changing the rules of the game when it does not favour them is a dangerous phenomenon and a serious threat to democracy.
“Our party, the PDP has been law abiding. We have always complied even in extreme and glaring cases of infractions against us. I expect the APC to lead by example and accept the verdict of the Osun election as expressed by majority of Osun people”.
Senator Mark however told PDP faithful to remain calm and law abiding believing that justice will prevail in Osun gubernatorial election.