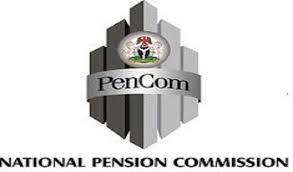 The Pension Fund Asset (PFA) has grown 3.6 percent in the second quarter of 2018, growing from N7.943 trillion recorded in the first quarter to N8.232 trillion, the National Bureau of Statistics (NBS), says in its “Pension Asset and Membership Data (Q2 2018)’’ report released in Abuja.

According to the report, the Federal Government of Nigeria (FGN) bonds have the highest weight percentage of 49.08percent of the total PFA. The Treasury bills followed closely with 20.76 percent weight and Domestic Ordinary Shares with 8.62 per cent weight while Green bonds has the least with 0.09 percent weight.

The data body’s report also shows that According to the bureau, registered employees under the pension scheme 2.5 in the second quarter, from 7,975,976 registered workers in the first quarter to 8.0 million workers to 8,136,202 workers, with workers between ages 30 to 39 leading in the scheme participation and followed by people age bracket of 40-49 years and 50-59 years.