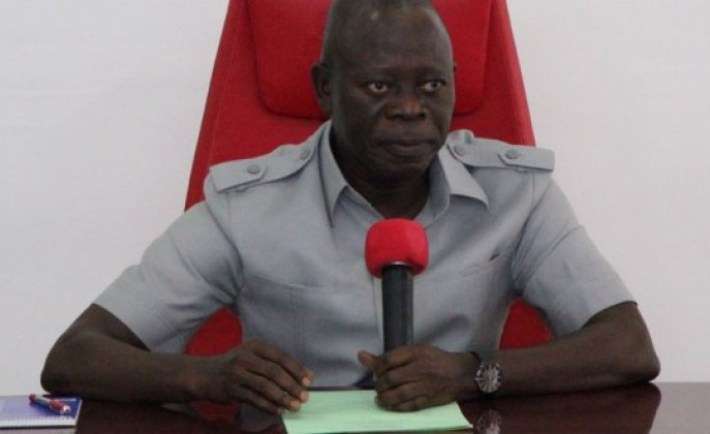 Comrade Adams Oshiomhole, a former governor of Edo State has formally declared his intention to become the next National Chairman of the ruling All Progressives Congress (APC) at the National Convention slated for June 23.

Speaking during the declaration in Abuja on Thursday, Oshiomhole declared that nobody can use him to achieve a selfish end.

Despite the number of politicians that attended the ceremony including leaders of labour unions, the President of the Senate, Bukola Saraki and Speaker of the House of Representatives, Yakubu Dogara who had been promoted to be in attendance by Oshiomhole’s camp did not attend.

Some of the key figures at his declaration included the Governor of Imo State and Chairman of the APC’s Progressives Governors’ Forum, Owelle Rochas Okorocha, who spoke in support of the former governor’s candidacy and the former Speaker of the Delta State House of Assembly, Rt. Hon. Victor Ochei.

Oshiomhole’s candidacy enjoys the support of President Muhammadu Buhari and a key figure of the party, Asiwaju Bola Tinubu.