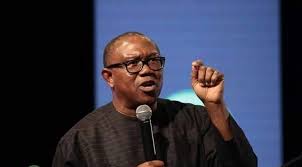 The Vice Presidential candidate of the PDP, Mr Peter Obi, has not been denied visa by any embassy in Nigeria. This was disclosed in a statement by his Media Adviser, Mr Valentine Obienyem.

Obienyem, reacting to the news circulating on social media, said the irony of the falsehood was that Obi was presently in the USA on the invitation of highly-placed officials who were supposed to have denied him the said visa.

“Obi is a good brand such that organisations and countries are satisfied to associate with him because he has proven to be a highly responsible person/politician.  Those peddling the rumour are the same people that are exasperated by the honour coming his way and are desperately trying to associate his name with one crime or untoward action not purely out of hate, but out of the desire to prove that he is after all human and can sin a little. Regrettably for them, Obi will not be caught in the web of their wickedness and intrigues because he is simply living his life without pretences,” Obienyem said.