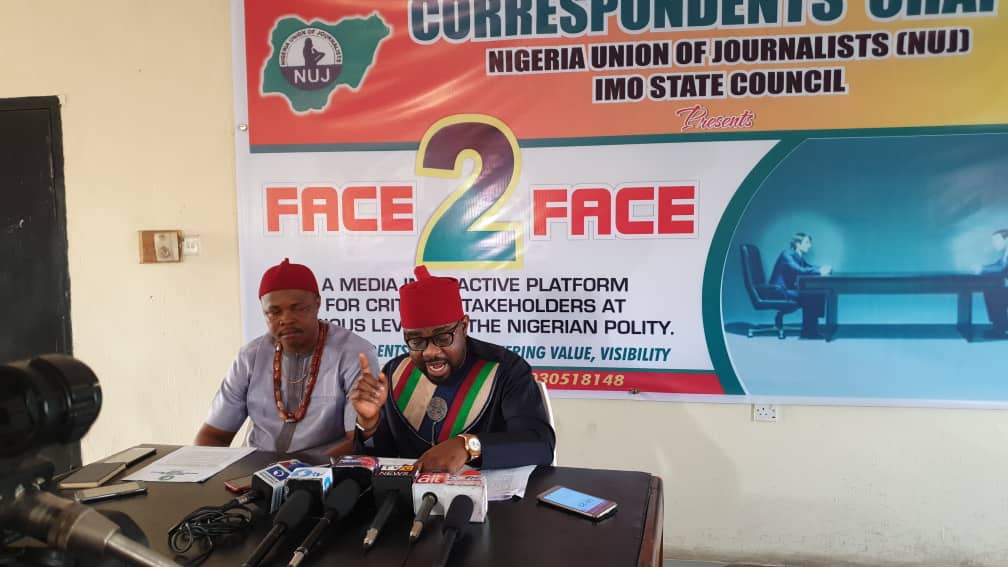 The Coalition of United Political Parties, CUPP has dragged President Muhammadu Buhari, the Police Service Commission, the Police Council and the Inspector General of Police Ibrahim Idris before the Federal High Court in Abuja to stop the illegal and unlawful plot of the President to extend the tenure of the Inspector General beyond 15th January 2019 when he is due to retire.

CUPP alleges that extending the IGP’s tenure will place him in a position to be used by the APC to rig the 2019 Presidential election.

The coalition in a statement said the legal action is to ensure that the Constitution is not violated and that a partisan IGP whose membership of the Police Force will expire on 15th January 2019 after reaching the mandatorily 60 years retirement age is not allowed to remain in office to avoid endangering the electoral process, democracy and the lives of our citizens.

According to the statement issued on Thursday December 27 2018 by the first National Publicity Secretary of the coalition, “This Opposition’s legal offensive which was filled at the Federal High Court Abuja few days ago with Suit Number FHC/ABJ/CS/1570/2018 and instituted by the National chairman of Action Peoples Party (APP) and Spokesperson of the Opposition coalition on behalf of the CUPP is seeking the court’s interpretation on whether by the combined provisions of section 215(1) of the 1999 constitution which provides that the appointment of a new IGP shall be made from amongst serving officers and the provisions of Rule 020810 of the Public Service Rules which places the cap for retirement at 60 years or 35 years of service, whichever comes first, the IGP Ibrahim Idris who was born on 15 January, 1959 and who by 15 January 2015 will turn 60 (retirement age) and consequently cease to be a police officer can be reappointed as IGP in violation of the constitutional provision which clearly stipulates that only serving police officers are to be appointed.

“It is based on the above, that the suit is seeking a court declaration that IGP Idris is not eligible to remain in office after 15 January, 2019 having attained the retirement age of 60. Also, for an order restraining President Buhari from reappointing or extending the tenure of the IGP beyond 15 January, 2019.

“We hereby call on President Muhammadu Buhari to immediately direct the Inspector General of Police, Ibrahim Idris to proceed on terminal leave as it is less than one month to his retirement date of 15 January, 2019. This call is to achieve the dual purpose of allowing the President who is usually too slow in making appointments to have at least one month to make up his mind and appoint another IGP and also allow the IG time to commence his mandatory one-month pre-retirement workshop/seminar and put his records straight so as to facilitate the speedy processing of his retirement benefits.”

CUPP said the issue of the retirement of the Inspector General of Police is yet another integrity test for the President. “By the provisions of Section 215(1)(a) of the 1999 Constitution, the Inspector General of Police can only be appointed from among serving Police officers,” it said, adding, “Any attempt to proceed with the plan for this Secret extension of the tenure of the IG will be unconstitutional, unlawful and unacceptable and will further heat up the polity. It will also further expose the President’s desperation to win the elections by foul means.”

The statement reads: “If the President goes ahead to illegally extend the tenure of the IGP who will ceases being a police officer by January 15, 2019 having reached the constitutional retirement age of 60yrs, the Nigerian opposition will not recognize the illegal extension and will not recognize him as Inspector General.

Credible Inteliigence at the disposal of the Oppositon have shown that the National Chairman of APC Comrade Adams Oshiomhole, the Governor of Kano State, Umar Ganduje, El Rufai, Rotimi Amaechi , Lai Mohammed and Senator Godswill Akpabio among many others are the chief proponents of this unconstitutional act and we advise them to apply restraint and desist from any further actions with potential to plunge Nigeria into crisis.

Nigerians must join the call for the President not to fail yet another integrity test as has been usual of him since INEC blew the whistle for electoral campaigns. Such planned extension of the tenure of the IG whose loyalty is more to the ruling APC will rob the elections of its credibility. The Police IG has shown open support to the ruling party and has voided the neutrality expected of the Police Force.

“It is now clear to all Nigerians that the 2019 presidential elections shall be between His Excellency, Alhaji Atiku Abubakar and the Ibrahim Idris led Nigeria Police Force if the President goes ahead to illegally retain a man whose membership of the Police force will expire on 15 January, 2019. The President finds this situation very convenient as he knows he cannot stand the PDP Candidate/consensus candidate of the opposition, Atiku Abubakar in a free and fair electoral contest.

“Finally, we wish to alert Nigerians of a concluded shameful plot by the Ruling APC party to inaugurate the disgraced former Director General of the State Security Services SSS, Lawal Daura as the Head of the Security Committee of the 2019 APC Presidential campaign Council. This move is another assault on our democracy, the march for free and fair election and public decency. The move has confirmed our stand years back that the former DG’s anti-democratic actions especially his failed attempt to overthrow the leadership of the Parliament led by Saraki had the blessing of the President Buhari led APC Govt. The former DG SSS, Daura should have been arraigned for his inglorious role in attacking another democratic arm of our constitutional government and not rewarded with the role of security coordinator for the Buhari campaign. This shameful move going by the history and records of the former DG who led many illegal assaults against human rights activists, judiciary officers, political opponents, religious groups, etc. is aimed at compromising the independence of our security agencies and drag them into the APC’s desperate move to retain power at all cost. We call on President Buhari to face the election within the ambit of decency and constitutionally acceptable actions and stop his panicky actions which if left unchecked will undermine our democracy and electoral process.