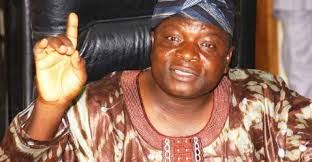 A former governor of Osun State, Olagunsoye Oyinlola, has resigned his appointment as the Chairman of National Identity Management Commission.

The resignation is coming less than a year after he was appointed to chair the commission by the President, Muhammadu Buhari in September 2017

Oyinlola, in a resignation letter dated May 9, and addressed to President Muhammadu Buhari, said he resigned his appointment to attend to “a greater political engagement.

The letter, which was signed by Oyinlola in Osogbo on Thursday reads:

“Sir, I write to resign my appointment as the chairman of National Identity Management Commission with effect from today, 9th May, 2018.

“Your Excellency, I must put on record my very deep sense of appreciation for the special privilege and consideration you gave me to serve our fatherland in that capacity.

“As I stated in my appreciation letter to you shortly after the appointment, the offer was a clear call to service.

“I gave the job the dedication it deserved and would have loved to continue but I regret to inform Your Excellency that I have a new, greater political engagement that will make that difficult and even impolitic.

“Sir, as one of my bosses in the Army, I believe you would understand my stand given recent political developments.

“The training I got as a decorated officer and gentleman precluded me from engaging in any act that could amount to disloyalty and conflict of interest.

“I am moving on to chart a new course in my politics outside the ruling party and this thus, demands my dropping the NIMC chairmanship.

“I thank you, sir, once again for the great honour and confidence reposed in me.

“However, there is time to take a job and another time to leave it and move on.

“For me, the time to work on something else in the interest and service of our people is now.

“I wish Your Excellency goodluck while praying that you will finish well and strong in the service of our country.”

NAN reports that Oyinlola was appointed as NIMC Chairman by President Buhari on Sept. 2017.