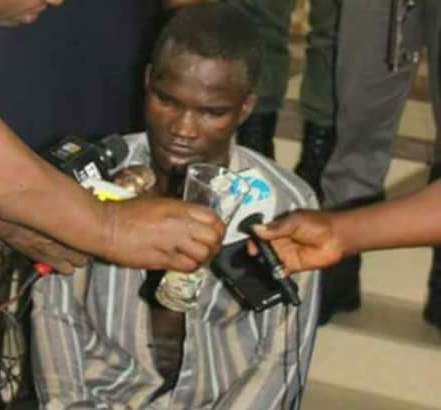 Director General of the Nigerian Maritime Administration and Safety Agency (NIMASA), Dr Dakuku Peterside, on Thursday offered a reward of N500,000 for anybody that has useful information that can lead to the arrest of a wanted murder suspect, Ifeanyi Dike.

Ifeanyi Dike, a 200-level student of the University of Port Harcourt, was last weekend detained by the police in connection with the gruesome murder of an eight-year old Miss Victory Chikamnso.

Ifeanyi Dike is also accused of raping the minor and cutting some vital parts of her body in what is being alleged for ritual purpose.

However, Dike was said to have escaped from police custody in suspicious circumstances, prompting a manhunt by security agencies.

On hearing the sad development, a visibly disturbed and saddened Dakuku Peterside condemned the escape of the suspect from police custody, saying Dike being on the loose is a threat to Rivers people and neighbouring states.

According to him, “We must all rise and condemn this heinous crime. What could an eight-year-old girl have done to deserve this wicked act? What kind of future are we trying to give our children? Are we trying to say that our girls are no longer safe? Are we saying that our girls do not have future?

“Without women, we have no future. The onslaught on girls and women is becoming increasingly disturbing. We must protect our young girls and women. The killing could have affected any family. This is deeply saddening.

“Please, I do not want my action to be seen through a political prism. The dastardly act should be a concern for all of us as Rivers people. Let us join hands with the police and ensure the re-arrest of Ifeanyi Dike.”

Peterside, who is also the called on the Commissioner of Police in Rivers state and other sister security agencies to leave no stone unturned in the arrest of the suspect as quickly as possible, while commiserating with the family of late Miss Victory Chikamnso.