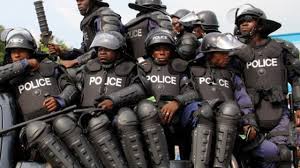 Late Fr. Ugwu was kidnapped in his Parish, St. Mark Catholic Church, Obinofia Ndiuno in Ezeagu Local Government Area of Enugu State on March 13, 2019, at about 9 p.m shortly after he was said to have returned from a meeting.

The gunmen, said to be four, shot him before taking him away in his blue Prado Jeep, and later started to use his Automated Teller Machine card to make withdrawals from his account, even as they had opened ransom negotiations.

Several days after efforts to get the priest released failed, a search party was initiated by his parishioners in collaboration with the community and after two days, the body of late Fr. Ugwu was found decomposing in a bush on Wednesday 20th of March, 2019, a week after he was kidnapped.

However, Police source told our correspondent on Wednesday that the operatives of the anti-kidnapping unit of the state command have arrested the leader and the second in command of the four-man gang of kidnappers that killed the priest.

The source said that the leader of the gang was arrested in Abuja where he had relocated to with his family after the murder of the priest.

According to the source, the suspects were six-man-gang, but only four participated in the kidnap and killing of the Reverend Father.

The State Police Public Relations Officer, SP Ebere Amaraizu, confirmed the arrest of the suspects when contacted on telephone.

Although, he did not mention the names of the suspects, however, added that the two suspects were the ones that shot the priest and also used his ATM card to make withdrawals. – Punch