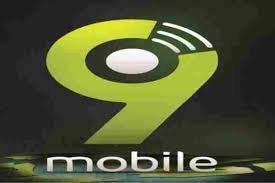 An Abuja high court has set aside matters on the sale of Etisalat Nigeria, the country’s fourth largest telecom network — which is now 9mobile — to Teleology Nigeria Limited.

According to The Nation, Binta Nyako, the judge, in a ruling, invalidated all moves taken with respect to the exchange of ownership of Etisalat.

“Any action that has been taken concerning the rest of this litigation from the 25th day of April, which is earlier in time, should revert to the position, as of the res, to its 25th day of April 2018,” the judge said.

The two major investors — with investments estimated at $43,033,950 — had sued Etisalat to retrieve their investments following their exclusion from the decision making process of the firm.

The plaintiffs had said they met the court to void the sale of Etisalat, upon learning that the defendants have proceeded to conclude the transfer of the company’s ownership despite earlier restraining orders.

“In 2009, the plaintiffs/applicants purchased a total of 4,303,391 class “A” shares from the 1st, 2nd and 5th defendants (Karlingtton, Premium Telecommunication and Etisalat International) at the rate of $43,033,950 only, and were issued with share certificates,” they said in a supporting affidavit to the motion dated November 16, 2018.

“In 2010, the defendants rebranded Etisalat Nigeria Limited to 9mobile and entered into negotiations with Smile.com and Glo Network to transfer its licence without recourse to the plaintiffs.

“When the plaintiffs became aware of the purported transaction, they filed this suit along with two applications namely: motion ex-parte and motion on notice, seeking for an order of injunction to restrain the defendants from going ahead with the transaction.

“When this suit came up for hearing on the 17th of April, 2018, this honourable court ordered parties to maintain status quo-pending the determination of the motion on notice.”

Teleology formally took over the management of 9mobile following the issuance of the final approval of no objection by the board of the NCC on November 12, 2018.