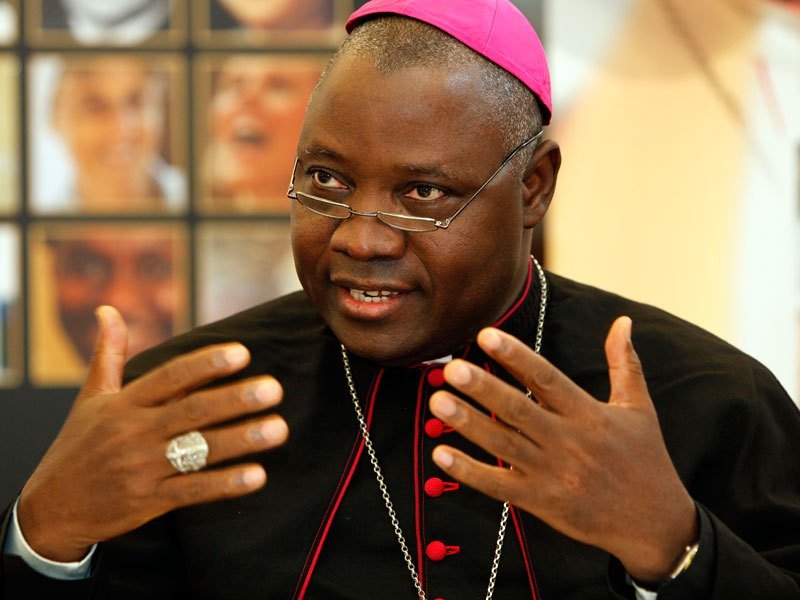 His Holiness, Pope Francis, has appointed His Grace, Archbishop Ignatius Ayau Kaigama as the Catholic Bishop of Abuja.

Pope Francis, represented by Apostolic Nuncio to Nigeria, His Grace, Archbishop Antonio Guido Filipazzi, made the announcement on Monday in Abuja, during the opening ceremony of the first plenary meeting of the Catholic Bishops Conference of Nigeria.

Kaigama will take over from His Eminence, John Cardinal Onaiyekan, who reached the retirement age of 75 years on Jan. 29.

Until his appointment, Kaigama was the Apostolic Administrator of the Archdiocese of Jos and immediate past President of the CBCN.

“We congratulate and pray for Archbishop Kaigama. I know that it is not easy for him. But I told him like Abraham, go out of your land to the land God will show you and God will bless you and make you the father of many people,” Filipazzi said.

The new Catholic bishop of Abuja is a priest of Jukun origin from Taraba.

Born on July 31, 1958, Kaigama studied for the priesthood at St. Augustine’s Major Seminary in Jos and Rome respectively.

The News Agency of Nigeria recalls that Kaigama was ordained priest on June 6, 1981, and was appointed Bishop of Jalingo by Pope John Paul II, now Saint Pope John Paul, and later consecrated as bishop on April 23, 1995.

In 2,000, Kaigama was again appointed by Pope John Paul II to succeed the late Archbishop Gabriel Ganaka as Archbishop of Jos.