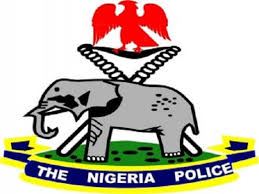 The Police Service Commission has approved the re-constitution of the Management Team of the Nigeria Police Force based on zonal representation with effect from Monday, January, 28th, 2019.

The approval was the high-point of the 4th Plenary Meeting of the Commission held in Abuja on Monday and Tuesday, January 28th and 29th, 2019 and presided over by its Chairman, Alhaji Musiliu, Smith, a retired Inspector- General of Police.

The Commission approved the appointment of eight Deputy Inspectors-General of Police with one of them, Usman Yakubu, promoted and to proceed on terminal leave.

Others are Aminchi Samaila Baraya, the most senior AIG from North East who will represent the Zone in the Management Team, Usman Tilli Abubakar, representing the North West; Abdulmajid Ali, former Assistant Inspector-General of Police, representing North Central and Fredrick Taiwo Lakanu,  former AIG, Operations and until his appointment, the Force Secretary, representing the South West. He was also former CP, Imo State, and had also headed SARS, Lagos.

The Commission also approved the retirement of seven former DIGs.

Chairman of the Commission, Alhaji Smith, charged the new Management Team to give the acting Inspector –General of Police maximum cooperation and support to move the Force forward.

He pledged the guidance of the Commission to the new team and reminded them that they are coming in at a very critical time in the life of the nation. “You must be dedicated and committed to ensuring the sustenance of our nation’s democracy,” Smith charged the new management team. “You must get prepared to confront the challenges that will come your way and also ensure that the forthcoming general elections are free, fair and credible and citizens guaranteed their freedom to choose their leaders without hindrance.”

The approval has been conveyed to the acting Inspector-General of Police for implementation in a letter signed by the Chairman.