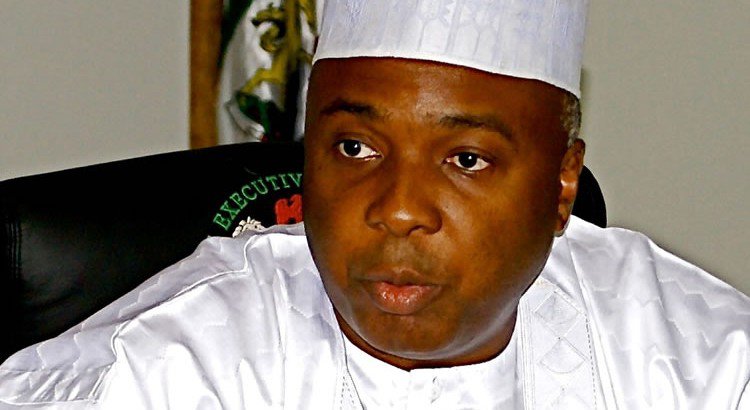 Senate President Bukola Saraki says the President Muhammadu Buhari administration would have silenced him if he had skeleton in his cupboard.

Saraki said this when he paid a visit to Muftau Gbadamosi, olofa of Offa, at his palace on Sunday.

The senate president said but for God and the support of the people “I will not be standing today.”

“Since we joined the PDP the party has honored Kwara state, they gave us DG of Campaign, National Leader of the party and have agreed that if the party wins, senate president is our slot in Kwara,” he said.

“But what has the other party to offer? If I have skeleton in my cupboard, this government would have silenced me and forced me to drop the campaign.

“But for God and the support of the people I would not be standing today. They didn’t want to honor our agreement. We all laboured and what they couldn’t get in three times they got it and we demanded that they give to Kwara what we deserve.

“APC leaders in Kwara can’t access President Buhari for anything. They will first have to go and submit their request to Lagos and it is only when Lagos is satisfied with the request that it will be forwarded to Buhari who may or not do it.”

Saraki said anyone who loves Kwara would not follow Buhari.