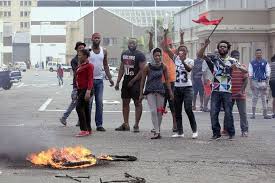 South African police on Wednesday said they found two charred bodies in a shop in the Johannesburg township of Alexandra, bringing the death toll from xenophobic attacks to seven.

“Yes, it is confirmed that two bodies (were found) in a shop, they were burnt out,” Wayne Minnaar, Johannesburg Metro police spokesman told AFP, adding the circumstances were unclear.

According to local television news network eNCA the bodies were discovered by people scavenging for scrap metal following violence overnight Monday to Tuesday when foreign-owned shops were attacked and torched.