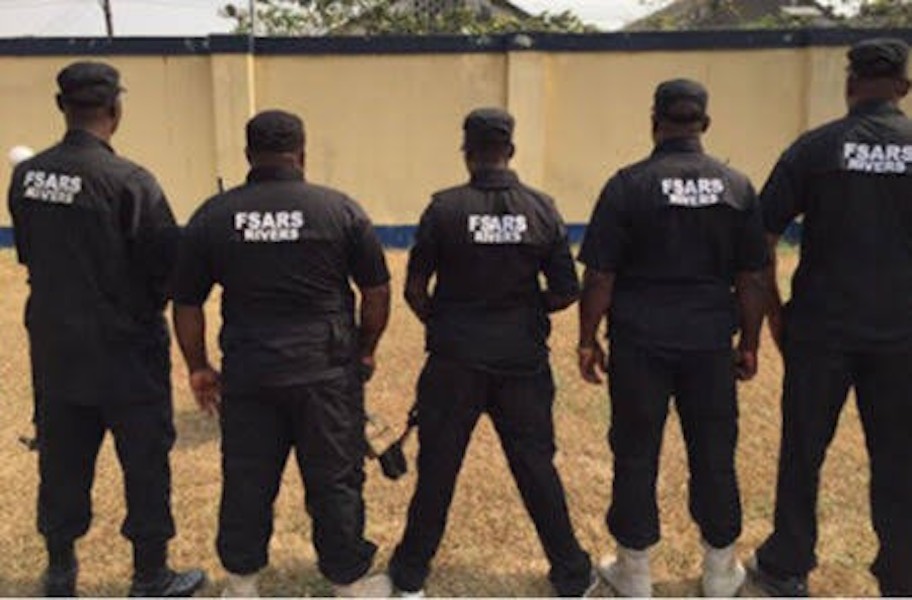 Pandemonium broke out this morning at the Ilupeju area of Lagos as one person was shot dead by the operatives of the State Anti-Robbery Squad (SARS) of the Lagos State Police Command.

The killing sparked a protest by youths in the area, who described it as “one killing too many by SARS.”

But in a swift reaction, the Lagos State Police Command claimed that the boy was killed by Stray bullet during an encounter between SARS Operatives and notorious armed robbers and cultists.

“SARS operatives led by Inspector Mohammed Akeem, while being led by a notorious gang leader Ikechukwu Monye, 39, to where their arms are kept, were ambushed by members of the gang along Ajisegiri Street, Ilupeju,” the spokesman of Lagos State police command Bala Elkana said.

He said the armed gang shot sporadically and in the process, killed a middle-age man who was passing by.

“Reinforcement was quickly drafted to the scene,” Elkana said.

“The whole area is cordoned with a view to apprehending the members of the gang and bring them to justice.”

Elkana disclosed that Ilupeju has experienced violent clashes between members of Aiye and Eiye confraternities, who equally engaged in heinous crimes such as armed robbery, rape and murder.

“The gang in question is responsible for a series of robberies within Ilupeju and environ. They have been on the wanted list of the police for the murder of six persons during three robbery operations that they carried out,” Elkana said.

“The Command condemned in total, senseless killings of innocent persons by those criminal elements and will not also tolerate attacks on its personnel by criminal elements and vowed to bring an end to the activities of this deadly gang. Members of the Public are enjoined to remain calm as the command has intensified patrols and surveillance in the affected areas.”

The body of the victim of the violent attack has been removed and deposited at the mortuary for post mortem examination.

“The Command extends its heartfelt condolences to the family of the deceased person and assured them that justice will prevail,” Elkana said.