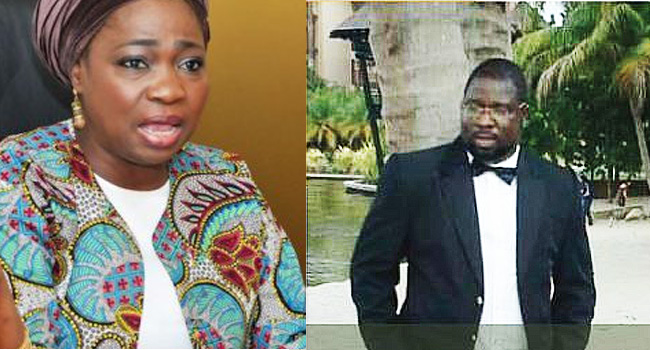 Chairman of the Nigerians in Diaspora Commission, Abike Dabiri-Erewa, has called for an investigation into the death of a Nigerian student who was in custody in Malaysia.

According to a statement issued by Dabiri on Friday, Orhions Ewansiha Thomas, who was pursuing a Ph.D. in management, at the Limkokwing University of Creative Technology in Selangor, Malaysia died while in custody.

Despite having a valid student pass, he was said to have been detained for 14 days, during which he allegedly suffered a seizure after which he died.

“Ewansiha had a valid student pass, but he was still detained for 14 days by the Malaysian authorities until he suffered a seizure while in custody,” the statement read.

“My heart goes out to his family, his young widow and two kids who’ve suffered such a painful loss.

“I urge the Nigerian High Commission in Kuala Lumpur, to open an investigation into the death of Ewansiha.

“We must ensure that the welfare of our countrymen in Malaysia is not compromised.”

The university also confirmed the death, describing Ewansiha as an inspired young man.

It, however, did not explain the circumstances of his death.

“It is with the deepest regret that we report the demise of Orhions Ewansiha Thomas, pursuing his Ph.D. in Management. Mr. Thomas was an inspired young man. All of us at Limkokwing University wish to express our heartfelt wishes of love and support to all affected,” the university tweeted.