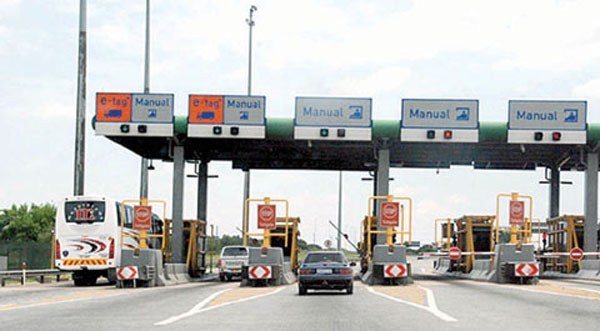 The lawmaker said that he is fully in support of the border closure aimed at tackling smuggling and associated corruption and also to spur domestic agricultural industry.

Ibrahim who represented Katsina South in the upper chamber spoke to reporters after attending a public hearing on a bill for the establishment of Federal University of Agriculture and Technology, Funtua.

In August, President Muhammadu Buhari ordered the closure of Nigeria’s land border with Benin Republic essentially to prevent smuggling and other nefarious activities.

Ibrahim noted that the more fundamental question is whether the closure will help the government to achieve its goals in the long-run.

He said, “The closure in itself acts as a temporary brake on smuggling. Smuggling takes place because of price differentials between Nigeria and its neighbour, strong demand on Nigeria markets for foods such as rice, and ineffective or overwhelmed customs service.”

He expressed concern that “all these factors are likely to persist after border reopens.”

According to him, Economic Community of West African States (ECOWAS) and the recently signed Africa Continental Free Trade Area Agreement (AfCFTA) are the appropriate platforms to conduct such work adding that “unilateral border closures undermine their credibility.”

The introduction of joint border patrols between Nigeria, Benin and Niger, he said, indicate a growing realization of the importance of cross-country collaboration to address smuggling issues.

Ibrahim noted that although border closure may generate short-term profits for a small set of large firms, it remains a very volatile policy, which was abruptly introduced and without indication.

For him, volatile policy and market environments are not favourable to investments that take a long time to become profitable.

“This is particularly true for agriculture and the wider food economy, in which investments in land, machinery and storage or transport facilities require amortisation over multiple years” he said.

Stressing that “these are the investments needed to increase the sector’s productivity,” the lawmaker noted that major African industry leaders say that policy volatility is one of the most important constraints to the expansion of their businesses in African regions.

Ibrahim said that border closures may not be enough to stimulate sustained production growth or productivity increases.

“It necessitates the provision of key public goods that help establish a conducive business environment and reduce transaction costs for firms.

Among other priorities, he underscored the need to ease access to credit, improve land tenure and land titling systems, ensure access to affordable and stable electricity and enhance connectivity across territories.

He noted that “insulating domestic markets does not help to reduce the inefficiencies that cause transaction costs to spike” but “only forces consumers to bear the burden of the costs.”

According to him, this implies considering the realities of an increasingly interconnected world and relying on well-identified comparative advantages to allow countries to “leap directly into the global economy.”

He noted that “it is hard to believe that keeping borders closed in Africa’s largest economy is a step in that direction.”