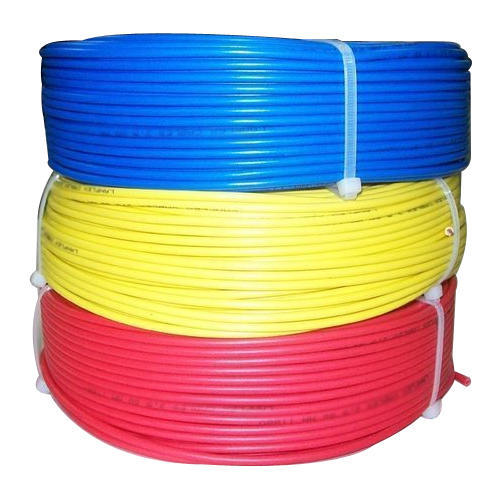 The Standards Organisation of Nigeria (SON) on Tuesday confiscated fake electrical cables and wires worth N3.5 million in Osogbo, Osun.

The organisation confiscated the wires during a raid of  electrical markets in Osogbo.

The regulatory agency sealed some of the electrical shops after their owners fled on sighting its officials.

Mr Jerome Umoru, SON’s s coordinator in Osogbo told newsmen after the raid  that the exercise  was aimed at sanitising the markets of  substandard cables and wires.

Umoru said that substandard electric cables and wires posed grave danger of heating up, which could easily lead to fire outbreaks.

He said that SON would not relent in its mandate of ensuring that there were quality products in the markets.

He added that the confiscated cables and wires would be destroyed.

“The major essence of this raid is to send a very strong warning to those dealing in substandard cables and wires to desist from it because SON will continue to go after them.

“Today, we confiscated about N3.5 million substandard cables and wires, despite our warning to them to stop importing or selling fake electric cables.

“This is just the beginning as we will continue to go after those dealing in substandard cables until we minimise the selling of the product in our markets,” Umoru said.

He said that SON would not relent until it prosecuted electrical dealers who were determined to flood the markets with substandard products.

Umoru said that SON’s enforcement team would continue to burst dubious importers and sellers who were dealing in substandard electrical materials.

Umoru, however, warned dealers of electrical cables to desist from selling the products or risk continued seizure of the products by the regulatory agency. (NAN)