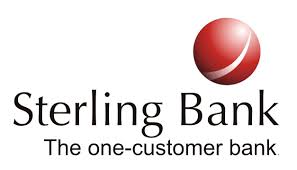 Sterling Bank was unable to hold its ground in 2016, as well as it did in 2015. While it did turn out a profit, the profit for the year was about half the size of what it achieved in the prior year, and this had a negative effect on almost all profitability ratios. Shareholders did not receive a dividend in 2016.

The 2017 financial year will be one in which Sterling Bank must strive to re-engineer itself and fashion out better ways to be profitable. With six months already gone out of the 2017 FY, this seems it would be easier said than done. The bank is still underperforming its potential and might end 2017 with a lower profit than it did in 2016.

This is not exactly good news for its existing shareholders, as the bank might not be able to pay dividend come year end 2017, as it was unable to do in 2016. There is however a bit of good news for a potential investor. The bank’s shares, currently being sold on the floor of the Nigerian Stock Exchange (NSE) are at the present very cheap. The investor that is prepared to wait for capital gain and appreciation may want to buy in now.

Flouting the general rule/phenomenon prevalent in the banking industry for the 2016 financial year, Sterling Bank did not record a commendable growth in turnover for the year and was unable to sustain whatever earnings it made to the bottom-line. With a revenue of N111.4 billion derived from both core and non-core banking operations, the bank was only able to improve its preceding year’s gross revenue by a mere 1.1 per cent (revenue was N110. billion in 2015)

More clients patronised Sterling Bank in terms of taking out loans, overdrafts and advances during the course of the year, pushing the bank’s loan portfolio to N468.2 billion in 2016 from N338.7 billion. Despite this, average lending rate further decreased over the preceding year’s (to 21.2 per cent from 23.9 per cent). It is however important to note that Sterling Bank has one of the higher average lending rate in the Nigerian banking industry. Meanwhile, deposits for the year were also collectively higher than deposits in 2015 (2016: N608.5 billion, 2015: N590.9 billion), and average deposit interest rate grew infinitesimally to 7.1 per cent from 7.0 per cent. This means that the bank charged its lenders a lower interest rate, but paid its depositors a slightly higher interest.

The bank’s net interest margin, the true test of a bank’s effectiveness in its core banking operations of lending and borrowing, then improved to 56.4 per cent in 2016 from 48.8 per cent in 2015.

Because of lower profits, earnings per share, was predictably lower than that of the prior year, closing at 18 kobo, a fifty per cent slash over the 36 kobo of 2015. Shareholders received no dividend.

The bank recorded a higher (and therefore not so commendable) proportion of loans classified as non-performing in 2016 over the prior year. At 9.9 per cent, the result was higher than the 4.8 per cent recorded in 2015. The result also overshot the regulatory threshold of 3.66 per cent and suggests a not so effective recovery strategy for loans.

Sterling Bank’s capital adequacy worsened by declining in 2016 to 11.2 per cent. Lower than the 17.5 per cent recorded in 2015, the result is however also lower than the CBN mandated rate for Nigerian Banks. This shows that the bank is not doing very well in its primary business of giving out loans. It will have to be careful in the coming year to improve this level.

With asset turnover being 0.13 and assets/equity being 9.7 times, analysis shows that sustainable growth for 2016 was 7.0 per cent, lower than the 8.6 per cent of 2015, and this means that the bank’s growth ceiling, utilizing only its own source of funding for growth, fell. Meanwhile, actual growth was 1.1 per cent, and this was lower than the review year’s sustainable growth. The bank therefore underperformed its inherent potential for growth.

Currently trading at N1.03 (as at August 4 2017), the Sterling Bank Stock is one of the lower priced banking stocks on the NSE. We find the stock to be undervalued i.e. it is currently being sold at a lower price than it should.

The stock price is low enough and has enough potential for us to recommend a buy.

Sterling Bank has a unique approach to doing its banking business. It continues to make available innovative products and services that are lauded. It has a philosophy that it is a one customer bank, meaning that it usually gears its services towards making all customers feel important and well served.

For example, it launched its Bank’s Social Lender Service in 2015, a CSR initiative designed to provide quick cask through the social media space.

The bank’s unaudited half year results for 2017 does not show promise. While interest income was higher than that of the corresponding figure in the preceding year, pre-tax profit was slightly lower, declining by 1.1 per cent to N4.33 billion from N4.38 billion. Net interest margin also slowed down to 54 per cent from 61.7 per cent in the prior year.

Expectedly, earnings per share for the period was lower than that of the erstwhile year. If this trend continues, the bank may not even be able to achieve what little profitability it did in 2016 come year end 2017.

We are not quite impressed with the bank’s 2016 operations. For the 2017 year, it will have to focus on loan operations, work out a better strategy for loan recovery in order to reduce its proportion of classified loans, and diversify into new revenue generating channels.