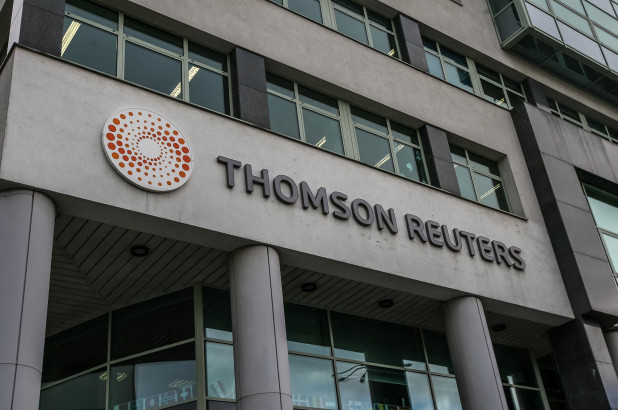 Financial data and news agency Thomson Reuters announced Tuesday cuts of 3,200 jobs and dozens of office closures worldwide over the next two years as part of a restructuring move.

Executives told an investor conference in Toronto that the staff reduction would impact 12 per cent of its workforce, while the number of its offices would be reduced by 30 per cent to 133 locations.

“The majority of employees have already been notified,” spokesman David Crundwell told AFP.

He said Thomson Reuters routinely looks to streamline its operations saying: “This disciplined approach sometimes includes the need to make personnel, or other, changes which allow us to balance our internal resources with the needs of our customers in a highly competitive environment.”

The markets welcomed the company’s cutbacks, sending Thomson Reuters stock up 1.17 per cent to $50.40 at around 1830 GMT in Toronto and New York.

The announcement comes after the company sold a 55 per cent stake in its financial and risk unit to private equity firm Blackstone Group in order to focus on its legal and tax businesses.

Thomson Reuters is also one of the world’s largest news services, ahead of The Associated Press and Agence France-Presse, but its news operations account for only six per cent of the company’s total revenues.

Last month, it reorganized its European news bureaus, laying off journalists in France, Germany and Italy.