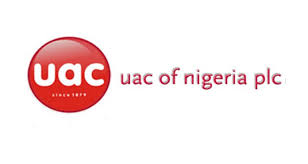 While the 2016 financial year remained quite a profitable one for UACN (UAC of Nigeria) Plc. Growth indices and profitability ratios slowed down a bit over the preceding year’s even though hose ratios still competed favourably against industry standards for the period.

Despite the fact earnings per share for the year was significantly higher than that of the prior year, shareholders did not receive a higher dividend in 2016 than they did in 2015. This could be because the company is trying to plough back as much as it can back into its business. This stock is a great asset for shareholders as it pays good dividend, it may however be difficult for new investors to buy into the company as its stock is currently high priced.

For investors who are able to buy into the company, this will be a worthwhile investment because the stock is currently undervalued, so such investors stand to benefit from capital appreciation as the stock value rises to meet its potential.

The company earned significantly a little more revenue in 2016 than it did in 2015, in contrast to the preceding year when it made less revenue. Revenue for the year was N84.6 billion, 14.6 per cent more than the N73.8 billion recorded in 2015. This is as compared to a decline rate of 14.1 per cent in the prior year.

The level of pretax profit grew over that of the prior year, but only at an infinitesimal rate. Profit before tax was N7.77 billion, just 0.5 per cent more than the N7.73 billion recorded in 2015. It also recorded a 9.7 per cent growth in after tax profit during the course of the year, with the after tax profit growing to N5.7 billion.

The company also performed not as well in 2016 than it did in 2015 in terms of return on assets (ROA) and return on equity (ROE). ROA for the year was 5.6 per cent, down from 6.0 per cent in the prior year, and was a little lower than the manufacturing industry average for 2016. ROE followed a different pattern however, growing to 7.4 per cent in 2016 from 7.0 per cent in 2015. This was a little higher than what most other companies recorded for 2016.

Earnings per employee improved to N42.66 million on the average, up from N32.27 million in 2015. This is indicative of employee productivity and company efficiency.

Not only did UACN have a higher capital adequacy in 2016 than it did in the prior year, the result also overshot industry standards for the period under review. At 88.1 percent, and higher than the 84.9 per cent result recorded in the prior year, the company’s result is still high and suggests that its financial strength in the future is solid.

As per the liquidity position of the company, it is still able to convert assets into needed funds very quickly, recording a current ratio of 1.2 times in 2016, same as the 1.2 times in the preceding year. This suggests efficiency of the company’s operating cycle and its ability to turn its products into cash. The company had a debt to equity ratio of 0.81, and this shows that the company is using 81 kobo of liabilities in addition to each N1.00 of stockholders equity. In other words, the company is using N1.81 of total capital for every N1.00 of equity capital.

For the review year, the company retained 66 per cent of its profit, slightly up from 63 per cent in the prior year. With a profit margin of 9.2 per cent, a retention ratio of 0.66, an asset turnover of 0.61 times and an asset to equity ratio of 1.81, the company had a sustainable rate of 6.7 per cent. This means that using only the resources it generated, the company had the capacity to grow by 6.7 per cent during the course of the year. It however grew faster, as indicated by its actual growth of 14.6 per cent.

Our analysis determines that it the UACN stock is undervalued. Currently trading at a share price of N14.98 (as at Aug 31 2017), nets assets per share is a much higher N39.84, and this is much higher than the value of the current market price. This is a clear indication of undervaluation. Secondly, the book value to market value ratio is much higher than one, another clear indication of undervaluation. While book value is N76.5 billion, the market value is a much lower N28.8 billion. It is obvious that the company is worth much more in reality than the price it is currently trading at. This also indicates undervaluation.

UACN is a leading diversified Company in Nigeria, operating in the Food and Beverage, Real Estate, Paint and Logistics sectors of the economy. UAC has been a foremost and active participant in the Nigerian economic landscape since 1879.

Our analysis shows that the UACN stock in one that pays dividend, so it is an ideal stock for the investor who is interested in a regular dividend income.