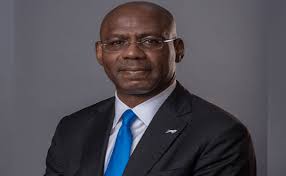 Union Bank of Nigeria (UBN) Plc, one of Nigeria’s oldest surviving and most respected financial institutions, has recorded considerable growth in key performance indicators in the first quarter of this year, giving prospects of better returns for the 2018 business year.

The bank’s interim report and accounts for the first quarter ended March 31, 2018 showed that gross earnings rose by 15 percent while profits before and after tax grew by 16 percent and 17 percent respectively.

The first quarter earnings report, which was released alongside the audited report for 2017 at the Nigerian Stock Exchange (NSE), showed that Union Bank improved on its commendable performance in 2017.

“While we are just in the early stages of this drive, we are already starting to see positive results,” Emuwa said.

The top-line performance was driven by improvement in net interest margins from 7.1 percent to 8.7 percent and 18 percent increase in non-interest income due to enhanced trading income and increased volumes on alternate banking channels.

The CEO explained that the group’s non-performing loan ratio had improved to 14.9 percent by March 2018 from 19.8 percent at the beginning of this year, noting that the bank has continued to maintain aggressive focus on its impaired loans and is expected to resolve some large exposures in the course of the year, which will further drive down the ratio.

He added that the bank has been pushing strongly on debt recovery efforts across board including initiating or continuing legal action where necessary.

“For the first half of the year, we will continue to hone initiatives around our productivity drive, focusing our people on targeted opportunities across regions and optimising our technology and digital platforms to deliver operational efficiency and improved customer service,” Emuwa said.

Chief Financial Officer of Union Bank, Oyinkan Adewale said while the first quarter results reflected the adoption of International Financial Reporting Standards (IFRS) 9, which came into effect at the start of 2018, the bank’s regulatory risk reserve was adequate to absorb the impact of the new accounting rules.

She noted that despite 19 percent and 27 percent increase in the bank’s Asset Management Corporation of Nigeria (AMCON) levy and Nigeria Deposit Insurance Corporation (NDIC) premium respectively, the bank’s operating expenses increased by only 10 per cent, reflecting management’s continuing focus on optimising operating costs.

“We will continue to be proactive in managing the risks in our business as we pursue targeted opportunities identified for growth,” Adewale assured.

UBN successfully raised about N50 billion in 2017 through a rights issue that was oversubscribed. This strengthened the bank’s capital base to support business growth and maintain regulatory capital requirements.