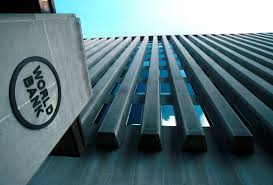 The World Bank has declared that it has so far spent around $11billion over the years on projects across the country.

Country Director of the World Bank in Nigeria Mr Rachid Benmessaoudade made this disclosure in Abuja on Thursday at the maiden edition of the Nigeria Portfolio Performance Award.

He said the projects which this huge sum of money was spent on over the years are targeted at alleviating poverty and improving the lives of Nigerians.

He described the World Bank’s financial commitment in Nigeria as being among the largest in the entire Africa continent with over 30 operational projects.

The projects he said are spread across health, education, agriculture, social protection, energy, infrastructure, governance among others, in all 36 states of Nigeria, and the FCT.

Benmessaoudade also revealed that the bank was working on a new country partnership framework “that would outline the new reform challenges that the government faces and how it could support it in implementing solutions to the challenges.”

He said the bank feels that “the world bank can play a catalytic role in creating a conducive environment for private sector to finance infrastructure so that we can create the fiscal space for the government to put more money in human capital and in social spending.”

Permanent Secretary, Ministry of Finance, Dr. Mahmud Isa-Dutse, assured the World Bank of the ministry’s commitment to build an enabling environment to manage its portfolio in Nigeria and assist the bank deliver on all its projects implementation.

Kaduna State Governor, Nasir El-Rufai, said “one of the things I found upon taking office about four years ago was that most governors do not know what is going on as far as world bank-financed projects are concerned. Often you find large amounts of money sitting idle that can be used for the benefit of the state that the governors are not aware of. The more the states carry out their projects, the more impact they will have on social sectors because most of the projects financed by the world bank are targeted at social sectors like education, health care, nutrition and so on.”

El-Rufai said that the Nigerian Governor’s Forum (NGF) was currently more aware of the bank’s projects because of the bank’s constant briefings, but that some governors engaged more than others as some were hands-on while some were a bit disconnected.