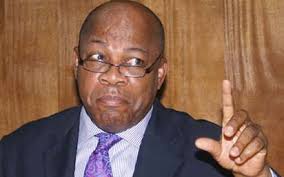 True to his threat, human rights lawyer, Dr. Olisa Agbakoba has filed a suit at the Federal High Court, Abuja challenging the exclusion of the South-East geopolitical zone in appointments into the Board of Directors of the Nigerian National Petroleum Corporation (NNPC).

In a letter to the Acting Chairman of FCC, Dr. Shettima Abba, dated September 9, HURILAWS noted that three members of the Board are from the North-East while the South-East has no representation. It then threatened that if the matter is not redressed after seven days, the group will initiate legal proceedings.

The Abuja Division of the Federal High Court was then requested to declare the lopsided appointments of NNPC Board members against the South East Zone as unconstitutional, null and void.

Meanwhile, no date has been fixed for the hearing of the suit.