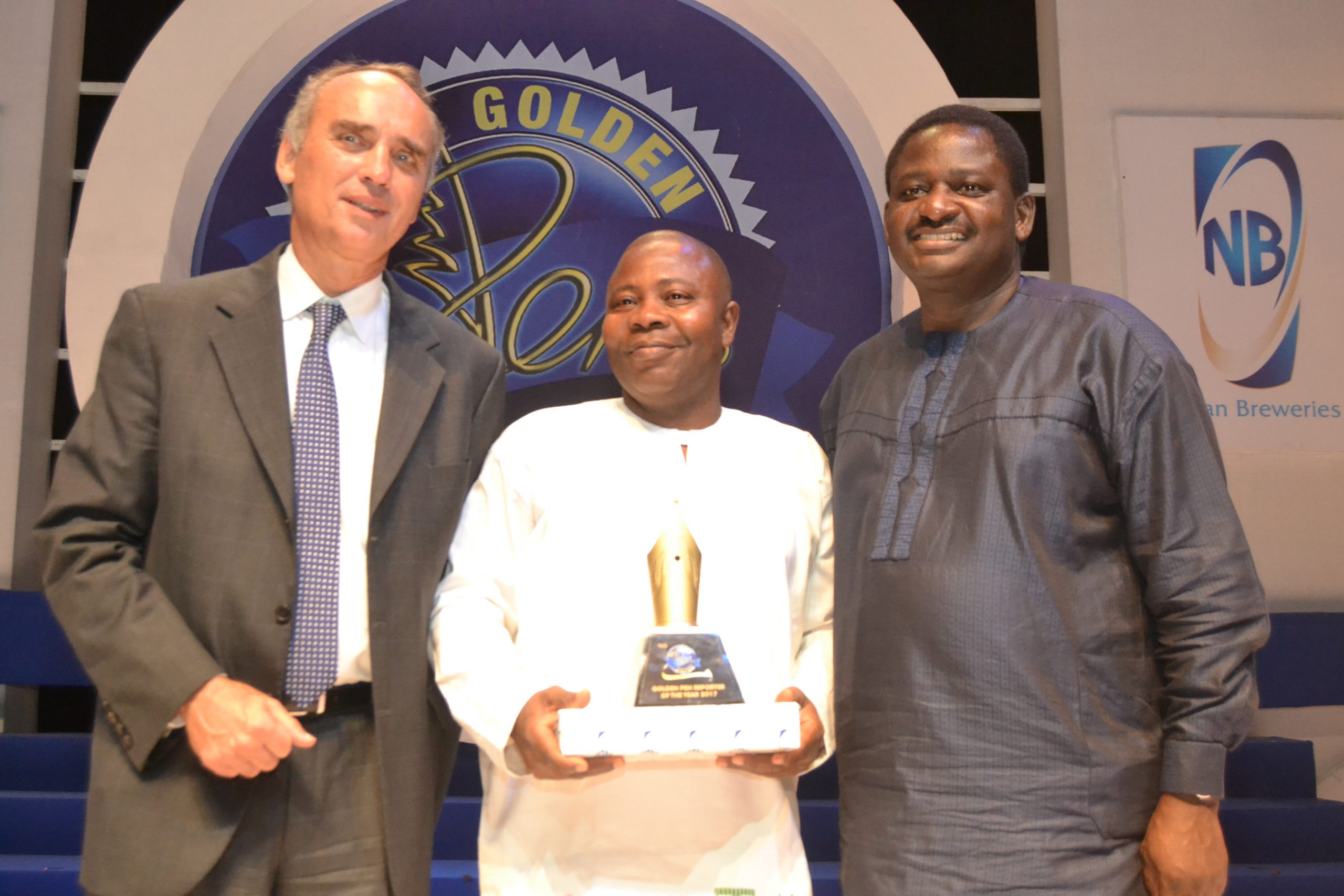 Former Editor-in-Chief of the defunct Newswatch Magazine, Mr. Ray Ekpu has said that Nigeria can earn more money from agriculture than from oil if the nation can fully harness its agricultural potential.

Ekpu who was guest speaker at the 9th edition of the Nigerian Breweries Golden Pen Awards held at the weekend in Lagos, recalled that before crude oil was discovered in commercial quantity in 1958, agriculture was the mainstay of the economy and produced food and prosperity for the nation. “Then we had palm oil from the East, cocoa from the West and groundnut from the North supplying the bulk of the nation’s foreign exchange earnings,” he said. “But then, “Something happened, we discovered oil and started shifting our attention to oil money and neglected agriculture. If properly managed we can earn more money from agriculture than we are earning from oil.”

He thanked Nigerian Breweries for the Golden Pen award initiative and for choosing the theme which focuses attention on agriculture, local sourcing of raw materials and industrial development. He called for soul-searching by the media who he urged to bridge the gap between training and practice.

Ekpu, who is also Chairman of May Five Publications, challenged the press to support the efforts to domesticate the Nigerian economy, maintaining that Nigerian Breweries has set a worthy example on how to grow agriculture and local industry.

The award, which is the 9th in the series, is aimed at promoting professionalism and objective reportage of events in the country. It is also meant to reward journalists who abide by the ethics of the journalism profession in their professional practice.

The night of glitz and glamour saw Isioma Madike of New Telegraph Newspaper emerging as the NB Golden Pen Reporter of the Year. The first runner-up was Arukaino Umukoro of Punch Newspapers while Caleb Ojewale of BusinessDay clinched the second runner-up position.

Mojeed Alabi, a reporter with the New Telegraph won the ‘NB Report of the Year’.

All the winning journalists got cash prizes and special NB Golden Pen Awards statuette as part of the reward package. The top three winners also got high-end work tools as part of their prizes.

While welcoming guests at the event, Managing Director, Nigerian Breweries Plc, Mr. Johan Doyer, noted that the choice of the theme for the award “Agriculture, Local Sourcing and Industrial Development” was directed to align with Nigeria’s current push for economic recovery and growth.

This, he said, was hinged on the expectation that the media, in its agenda-setting role, will exploit the Nigerian Breweries Golden Pen Awards to draw attention of stakeholders to the key sectors required to drive economic revival.

“To us, these three areas – Agriculture, Local Sourcing and Industrial Development are jointly critical in Nigeria’s quest to achieve her full potential and become a self-reliant nation,” he said.

Doyer also acknowledged the role of the media in the successes recorded over the last nine years with the Awards and thanked the panel of judges who rigorously analysed the entries for originality, credibility and factuality.