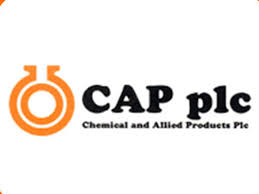 The 2016 financial year while not an excellent one for CAP Plc, was not a bad one either. While it recorded a lower profit, and by extension lower profitability ratios than it did in 2015, its results were still high enough to be commendable. Such ratios competed favourably against industry standards for the period.

CAP Plc earned a little less income in 2016 than it did in 2015, even though it had splurged a little more on cost of sales to achieve this. Revenue for the year was N6.81 billion, 3.5 per cent less than the N7.06 billion recorded in 2015. The decline in gross earnings was however not worse than most other companies recorded for the same period.

Not only did the company’s cost of sales increase over the preceding year’s, other operating expenses (inclusive of advertising and promotion, distribution, administrative and interest expenses) also grew collectively faster in 2016 than it did in 2015.

The company then recorded a lower pre-tax profit in 2016 than it did in 2015. Profit before tax obligations for 2016 stood at N2.29 billion, as compared to a profit of N2.57 billion in the erstwhile year, and translating into 10.9 per cent decline rate.

It also had an eight per cent lower after tax profit of N1.6 billion when such result is compared with that of the prior year.

Although CAP Plc recorded a lower profit in 2016 than it did in 2015, its profitability ratios (while lower than those of 2015) still performed competitively against industry standards for 2016. Profit margin for the year was 33.6 per cent, slightly lower than 36.4 per cent in the prior year. This means that every N100 worth of turnover yielded a profit of N33.60, down from N36.40 in the erstwhile year.

As regards staff matters, earnings per employee stood at N30.26 million on the average. This is as compared to the N31.28 million revenue employees contributed on the average to the company’s pre-tax profit in 2015.

As per the liquidity position of the company, it is still able to convert assets into needed funds very quickly, recording a current ratio of 1.7 times in 2016, higher than 1.6 times in the preceding year. This suggests efficiency of the company’s operating cycle and its ability to turn its products into cash.

For the review year, the company recorded a profit of N1.6 billion, and retained only N63 million of it, declaring a total dividend of N1.54 billion.  Thus, retention ratio was 0.04 times, as compared to the 0.05 times it achieved in 2015. With a profit margin of 33.8 per cent, a retention ratio of 0.04, an asset turnover of 1.34 times and an asset to equity ratio of 2.15, the company had a sustainable rate of 3.9 per cent. This means that using only the resources it generated, the company had the capacity to grow by only 3.9 per cent during the course of the year. It was however unable to grow at all, as indicated by its negative actual growth.

This is understandable in the light of Nigeria’s economic recession and a reduced consumer purchasing power.

As at analysis date (July 14 2017), the CAP Plc stock traded at N35.44, and our analysis shows that it is overvalued at that price. First, nets assets per share is only N3.26, just a tiny fraction of the current market price. Secondly, the book value to market value ratio is much less than one, another clear indication of overvaluation. While book value is N2.28 billion, the market value is about N27.4 billion. It is obvious that the company is worth less in reality than the price it is currently trading at. It is important to state that the seeming overvaluation of CAPL’s stock is compensated for by the goodwill the company enjoys from the consuming public and investors alike. The stock also always pays a dividend, so this is good news for the investor.

CAP Plc is a subsidiary of UAC of Nigeria Plc, and is the technological licensee of AkzoNobel, the world’s largest paint producer. CAP Plc evolved from the world-renowned British multinational Imperial Chemical Industries Plc (ICI), which formalized its Nigerian operations in 1957 under ICI Exports Limited. In 1965, ICI Exports Limited changed its name to ICI Nigeria Limited and in 1968 it was subsumed by ICI Paints Limited. ICI was acquired in 2008 by AkzoNobel.

Presently, CAP Plc fully operates in the coatings business and provides a wide range of quality products and services, and its brands have become household names. In 2013, the company was awarded the ISO 14001:2004 certification on Environmental Management System (EMS). Dulux, the flagship brand, is positioned in the premium segment. It is the leading authority in decorative paint segment and as such has always stood at the forefront on innovation and quality.

This is a profitable company. Despite the economic recession in Nigeria, the company is forging ahead. Despite a lower turnover and lower profit, it still competes well against other industry players.