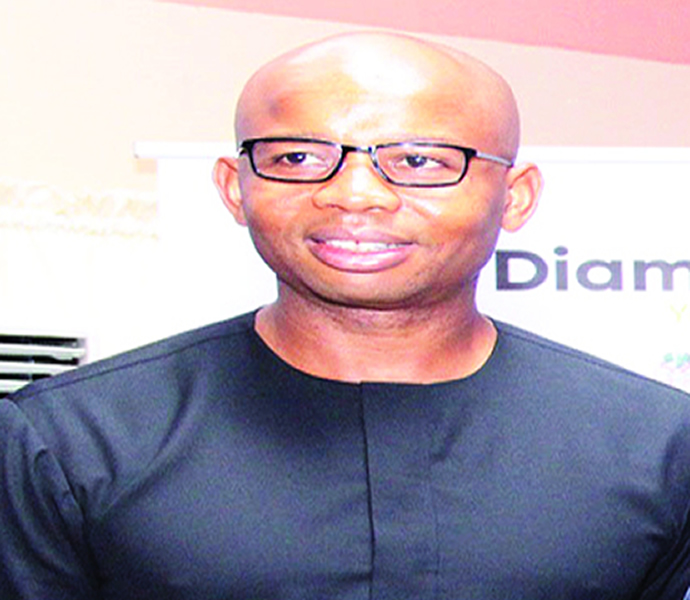 Diamond Bank Plc has reported after-tax loss of N9.9 billion, driven by 206 per cent year-on-year rise in loan loss provision to N35.7 billion, in the fourth quarter of last year.

Analysts at FBN Quest, an investment and research firm, said although pre-provision profit grew by eight per cent, while operating expenses declined by 17 per cent, the negative on the provisions line proved more significant and led to a pre-tax loss of N11.5 billion.

The result, already published on the Nigeria Stock Exchange (NSE), showed that funding income fell by 10 per cent year-on-year. The pre-provision profits grew by 39 per cent quarter-on-quarter, driven by the strong growth (212 per cent) in other income.

On a full year, 2015 basis, profit before tax fell by 75 per cent year-on-year, largely driven by a 109 per cent rise in loan loss provisions to N55.2 billion. The analysts said the decline on the profit after tax line narrowed to 69 per cent due to a positive result of N2.2 billion in other comprehensive income.

“Diamond Bank’s results imply a Return on Average Equity (ROAE) of 3.7 per cent. This ranks among the lowest within our universe of bank stocks. Given the weak set of results and the year-on-year decline on the funding income line, we would expect the line to be one of the focal points of discussions on the bank’s conference call. We also expect the impairments and cost of risk to come under some scrutiny,” the analysts said.

The analysts also expressed concerns that the lender’s asset quality are likely to linger.

Afrinvest West Africa Plc’s report on the bank’s fiscal year 2015 and first quarter 2016 showed that while gross earnings growth slowed to record low, N55.2 billion, credit impairment charges also led to a 77.8 per cent decline in net income. This was triggered by huge exposure of loan portfolio to Oil & Gas (29 per cent) and General Commerce (20 per cent), which accounted for 13 per cent and 42 per cent of non-performing loans respectively as at nine-month results.

The bank’s 2015 result was weakened by asset quality deterioration, which translated into higher cost of risk (CoR) ratio, which increased to 6.7 per cent from 2.4 per cent in prior year, as impairment charges jumped by 109.2 per cent. The bank’s shares have declined by 35.2 per cent year-to-date, worse than the 13.4 per cent return on the All Share Index.

The result, analysts said, put the bank’s CEO, Uzoma Dozie, on the hot seat as he struggles to keep the mid-tier lender profitable in the face of significant weakness in the assets quality traceable to poor credit risk management strategy.