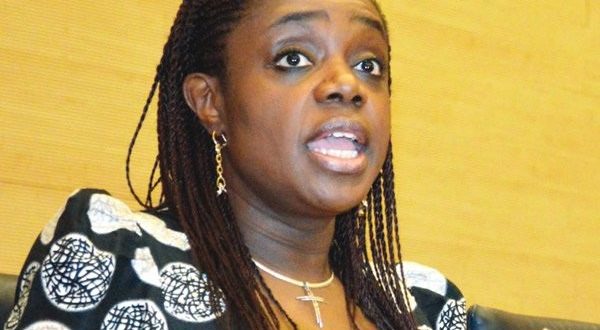 March 12, 2018 0
A new excise duty regime for tobacco and alcoholic beverages will take effect from June 4, 2018.
The new regime which imposes higher rates on the two classes of products has been approved by the federal Government.
While giving approval to the new regime, President Muhammadu Buhari gave a 90-day grace period to manufacturers to adjust in readiness for the take off of the new tariff.
Kemi Adeosun, minister of finance, announced this in Abuja, noting that the increase in the tariffs was graduated over a three-year period so as to cushion the impact the measure could have on manufacturers and consumers. As such, the increase covers 2018 to 2020.
Adeosun remarked that the new tariff was arrived at after extensive consultations with relevant stakeholders by the Tariff Technical Committee of the ministry.
According to the minister, “The Tariff Technical Committee (TCC) recommended the slight adjustment in the excise duty charges after cautious considerations of the Government’s Fiscal Policy Measures for 2018 and the reports of the World Bank and the International Monetary Fund Technical Assistance Mission on Nigeria’s Fiscal Policy”.
Adeosun believes that the increase in the tariffs would help government increase fiscal revenue and as well scale down health-related risks associated with tobacco smoking and excessive alcohol consumption.
She added that “The effect of the excise duty rates adjustment on trade and investment was also assessed by the Federal Ministry of Trade and Investment and it adopted the recommendations of the TTC”.
She said that peer country comparisons were also carried out and it was discovered that Nigeria lagged behind in the review of excise duty rates on the two range of products.
Going by the new tariffs, besides the existing 20 per cent ad-valorem rate, each stick of cigarette will attract a N1 specific rate per stick (N20 per pack of 20 sticks) in 2018, N2 specific rate per stick (N40 per pack of 20 sticks) in 2019 and N2.90 specific rate per stick (N58 per pack of 20 sticks) in 2020.
Adeosun disclosed that Nigeria’s cumulative specific excise duty rate for tobacco was 23.2 per cent of the price of the most sold brand, as against 38.14 per cent in Algeria, 36.52 per cent in South Africa and 30 per cent in Gambia.
The minister explained that the new tariff regime combines existing ad-valorem base rate and specific rate for tobacco, while that of alcoholic beverages replaced ad-valorem rate with specific rate.
“For Alcoholic Beverages, the current ad-valorem rate will be replaced with specific rates and spread over three years to moderate the impact on prices. This will curb the discretion in the Unit Cost Analysis (UCA) for determining the ad-valorem rate and prevent revenue leakages”, Adeosun said.
She added that “For Tobacco, the Government will maintain the current ad-valorem rate of 20 per cent and introduce additional specific rates with the implementation to be spread over a three-year period to also reasonably reduce the impact on prices.”
Alcoholic beverages notably beer (including stout), spirits, wines, among others are affected by the new tariffs. Beer (including stout) attracts N0.30 per centilitre in 2018, N0.35 per centilitre in 2019 and 2020 uniformly.