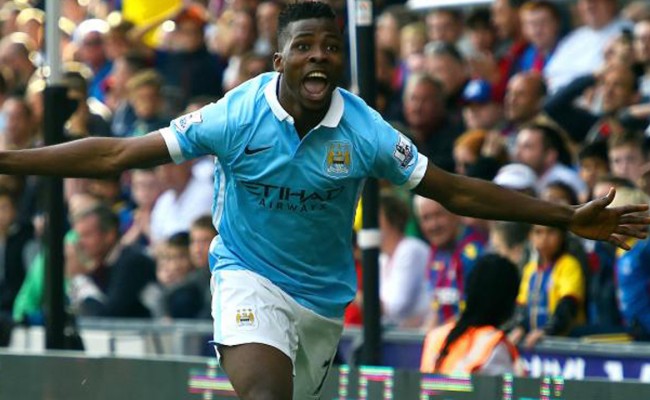 Manchester City wonderkid Kelechi Iheanacho believes he  can take next step to greatness  in the game by firing  the struggling Premier League outfit past Real Madrid into the UEFA Champiosn League final.

The Super Eagles forward  is  high on the list of players City manager Manuel Pellegrini will line up  against   Real Madrid  in their  Champions League semifinal second leg clash at Santiago Bernabeu on Wednesday,  after  the 19-year-old capped off a good performance with a brace in the Citizens’  4-2 defeat to Southampton at St Mary’s on Sunday.

Iheanacho, who joined the Premier League giants after helping Nigeria win the FIFA Under-17 World Cup in the United Arab Emirates in 2013, has scored 13 goals for City this term.

City need a score draw or a victory to reach the final of the Champions League for the first time – and Iheanacho  is chafing at the bit.

The Nigeria striker could not propel  City  to victory in  the first leg  at the Etihad  after he replaced injured  David Silva. The  April 26 encounter ended in a goalless draw.

Although 10-time European champions  Real are favourites to win the reverse fixture,  Iheanacho believes  the Citizens could  make history in Madrid.

The youngster believes he could help his English side realise their dreams if given the go-ahead by Pellegrini to  play at the  Bernabeu.

“If I play, I need to work hard for the team and help them qualify for the final if we get the goals,” the youngster was quoted by Manchester Evening News as saying on Monday.

“I am in with a shot of being involved in Madrid, so I will keep working hard. Nothing is enough in football.

“I will keep working hard to convince the team that I need to be here.

“It’s going to be a big challenge for us but we will keep our heads down and keep working hard to get there.”

He added, “It is a dream come true for me and I am happy if I go there. I hope we do well there and there is a great atmosphere. I haven’t been there before, but I am happy to go there to get a win.”

The post I can fire City into Champions League final – Iheanacho appeared first on Punch Newspapers.