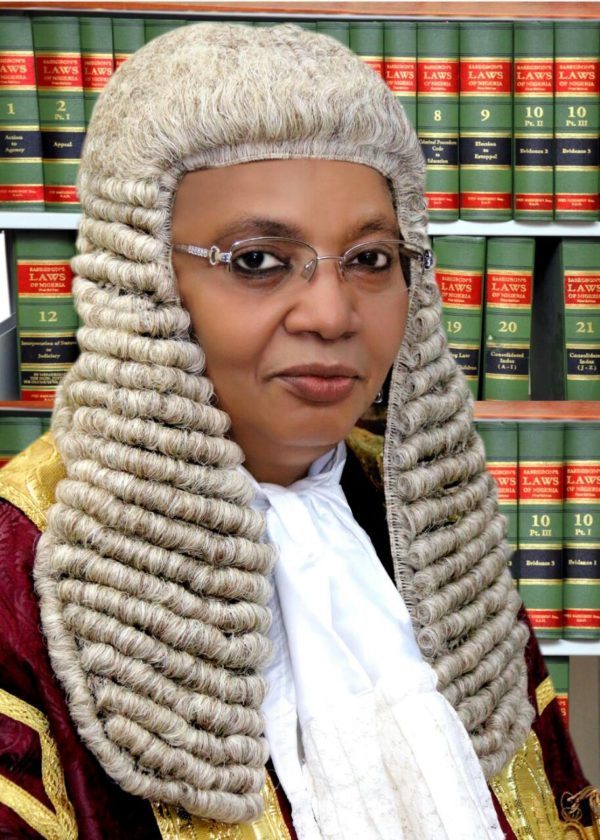 Peter Afunanya, public relations officer of the service, disclosed this in a statement on Sunday in Abuja, in reaction to reports of such indictment of the judge by DSS.

He urged the public to disregard the report, saying it only existed in the imagination of the authors.

Afunanya described the report as “unfortunate”, adding that making the falsehood public was unethical.

He said the service had commenced a detailed investigation into the controversies surrounding the publication.

The spokesman advised politicians to be law-abiding and respect the process of litigations regarding the activities of the tribunal “and leave the service alone”.

He said that the service would continue to collaborate with the media as strategic partners in nation-building.

Afunanya also admonished media practitioners to be law-abiding and professional in the execution of their responsibility.

He warned mischief makers causing disaffection in the polity to desist from such acts as the full weight of the law would be visited on them.

“The DSS remains unwavering in providing the enabling environment for the pursuit of legitimate aspirations by well-meaning and law-abiding members of the populace.”

The presidency has also slammed the PDP for peddling the false news about Bulkachuwa.

Garba Shehu, senior special assistant to  President Buhari on media and publicity,  said in a statement in Abuja, that reports claiming that the DSS had indicted Bulkachuwa of corruption, were designed to cause disaffection between the executive and the judiciary. “While the PDP and its candidates are free to exercise their right to challenge the results of the 2019 presidential election, it is unacceptable to drag the name of the president or other organs of the executive branch into the campaign of character assassination against the President of the Court of Appeal.

“The DSS doesn’t conduct its duties in the manner so described and you can’t use a fake security report to drag the presidency into a smear campaign against the President of the Court of Appeal.

“Attacking judges because the outcomes of cases don’t favour you and keeping quiet when the verdict is in your favour smacks of insincerity, double standard and mischief. The PDP praised the verdict of the Osun gubernatorial election tribunal because it favoured them, but they are now singing a different tune because they lost their appeal.

“If the PDP continues to blackmail and smear judges with fake news stories, we will ultimately find ourselves dealing with a situation where judges may be afraid to handle cases, thereby creating delays in the dispensation of justice.”