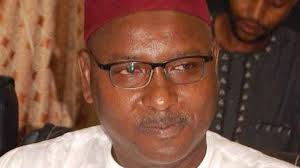 Barely 24 hours after the impeachment of the Kano State Speaker, Yusuf Abdullahi Atta, the State’s Deputy Governor, Prof Hafiz Abubakar, has alleged threat to his life, as well as plans to impeach him.

To this end, Abubakar has petitioned the Police and the Department of State Security (DSS), over what he described as threat to his life, as well as plans to impeach him.

In the petition, addressed to the Kano State Police Commissioner, Rabiu Yusuf, copied to the Assistant Inspector-General in Charge of Zone One and the DSS State Director, the deputy governor, prayed for the deployment of more security operatives around him.

Among others, he accused the state government of disbursing funds to mobilise youths from the 44 Local Government Areas of the State to protest against his continued stay in office.

Abubakar, a loyalist to former Kano governor, Senator Rabiu Musa Kwankwaso, has been at loggerheads, with the State Governor, Dr Abdullahi Umar Ganduje, following the rifts between Kwankwaso and Ganduje.