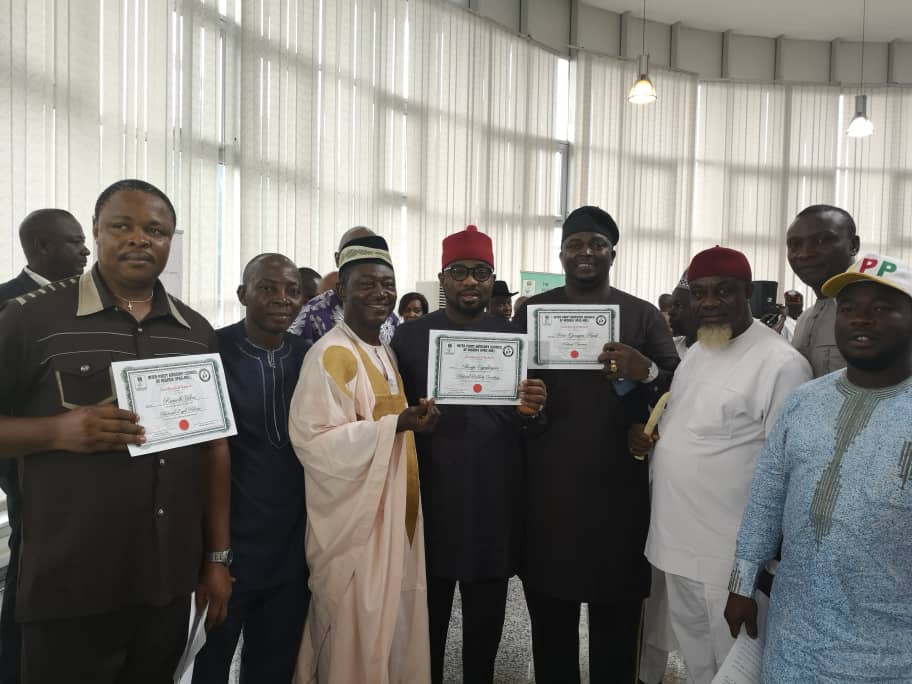 The newly elected leadership of the Inter Party Advisory Council (IPAC) has promised to do everything possible to ensure that the amended electoral Act was signed into law by President Muhammadu Buhari.

New Chairman of IPAC, Chief Peter Ameh, speaking shortly after the swearing ceremony held in Abuja, said IPAC will leave no stone unturned to ensure that the document was signed. He also promised that the council will fight against vote buying, a menace that is creeping into the nation’s electoral process.

Ameh said: “I promise you that we are going to carry everybody along, we are also going to fight the menace of vote buying and pursue the signing of the electoral act amendment bill into law to ensure credible, free and fair elections come 2019 and beyond.”

The swearing in ceremony was witnessed by over 68 Chairmen of political parties and other key stakeholders in the Nigerian electoral process including INEC Observers.

The statement said the police had demanded that the new Chairman and the Electoral Committee Chairman appear at the force headquarters by 10am today, same time the swearing in ceremony was slated.

“Immediately after the swearing in, the new chairman of IPAC in company of the new officials and over 30 Chairmen of different political parties stormed the police Headquarters to honour the controversial invitation,” the statement said.