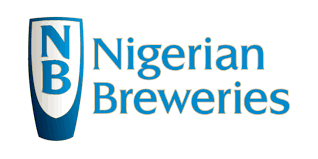 Nigerian Breweries Plc was not exempt from the ravages of the Nigerian economic recession of 2016, but this brewing giant seemed to weather the storm better than other companies did. It made a slightly higher turnover but had lower profits in 2016 than in 2015 because of growing finance costs.

Profitability ratios for the company, was however much better than those recorded by other companies, and the company could still dedicate a portion of its profit to dividend payout as it customarily does.

Just like was the case with many, Nigerian Breweries did not have a very good year in 2016 in terms of profit retention. While it was able to make more revenue for the year under review (turnover for the year grew by 6.7 per cent to N313.7 billion from 293.9 billion), it could not sustain the momentum up to the profit level. The low growth in turnover can be traced to the reduced purchasing power of Nigerian consumers, while the drop in profit is ascribed to galloping operational costs.

Cost of sales increased over that of the preceding year, and the brewing company couldn’t effectively curtail its marketing and distribution expenses, as well as its finance cost. The company therefore declared a pre-tax profit of N39.6 billion and an after-tax profit of N28.4 billion. Both were significantly lower than the levels recorded in 2015. Pre-tax profit had declined by 27.3 per cent while after-tax profit declined by 25.3 per cent. These declines are as compared to decline rates of 11.4 per cent and 10.6 per cent respectively in the prior year.

With lower profits, it was imperative that Nigerian Breweries’ profitability ratios for 2016 be negatively impacted. For the year, it recorded a profit margin of 12.6 per cent, lower than 18.5 per cent in 2015. Analysis shows that for every N100 earned by the company in the course of the year, it recorded a profit of N12.60, as compared to a profit of N18.50 in the preceding year.

Nigerian Breweries’ shareholders’ funds could finance a slightly lower level of its total capital for its 2016 financial year than it did for the preceding year. Capital adequacy for the period was however still a high and commendable 74.4 per cent, and this competed favourably against the industry standard for the period under review.

A common feature of the manufacturing industry for the 2016 financial year is that most companies had high current ratios, having the ability to meet short term liabilities with short term assets. Nigerian Breweries bucked the trend, recording a current ratio of 0.52 times. The company also bucked the trend in terms of debt to equity ratio, recording one of the lower ones in the manufacturing industry for the period.

For the review year, the company recorded a profit of N28.4 billion, and chose to pay shareholders a lower level of dividend than it did in the prior year. Because of this, it retained a proportionally higher proportion of its profit. Retention ratio was 0.28, higher than 0.25 in 2015.

The company recorded a sustainable growth rate of 6.7 per cent in 2016, meaning that it had the capacity to grow by only that 6.7 per cent using on the resources it generated. It grew by that exact 6.7 per cent, a very unusual occurrence. This means that the company fully achieved its inherent potential to grow during the review year.

The company is also worth much less in reality than it is selling for on the NSE at now, as shown by a much lower book value as compared to its market value. While book value is N165.9 billion, current market capitalisation is a much lower N991.3 billion. This also, is a sign of overvaluation.

Not only is this stock overvalued, it will also be difficult for new investors who want to take advantage of the company’s dedication to dividend payout to buy into the company because it is not a penny stock and mid-level investors cannot purchase a large number at one.

Nigerian Breweries is the pioneer and largest brewing company in Nigeria, incorporated in 1949. In that same year, it rolled off the first bottle of Star lager beer off its Lagos brewery bottling lines. It has grown exponentially since then. From that humble beginning, the company now operates 10 fully operational breweries. In 2011, it acquired majority equity interests in Sona Systems and Life Breweries, and these were merged with the company in 2012. It also recently merged with Consolidated Breweries Plc to form a bigger brewery.

As a major brewing company, Nigerian Breweries encourages the establishment of ancillary services such as the manufacture of cans, bottles, crown corks, labels, cartons etc. it also supports service providers in the hospitality sector.

One good thing about investing into the Nigerian Breweries stock is a guaranteed dividend income. While investors may not expect as high a dividend from their holdings come year end 2017 as they did in 2016, e predict that they will yet be compensated dividend-wise and will do well to hold on to their investments.