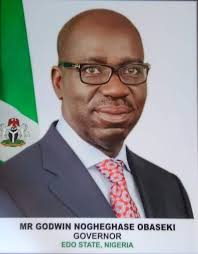 Against the backdrop of incessant hostility mounted on its operation, electricity consumers in Edo State, especially those hiding under the cover of civil rights advocacy to foist unlawful conducts, and the Edo State Governor, Godwin Obaseki, have been urged to desist from doing so forthwith or face legal actions.

“We call on the Governor of Edo State to forthwith refrain from antagonizing BEDC Electricity Plc and instead follow relevant rules and guidelines governed by clearly cut contract terms. The issue of power distribution in Edo State should not be unnecessarily politicised,” TADI said in a statement made available to our correspondent.

“It should be made clear that all DISCOs are firmly protected by the contract terms and conditions under, which they were issued licences and it is on record that BEDC has not in any way breached such conditions” TADI said further.

According to the group, “we shall resist this evil at all costs in the best interest of sustainable business practice in order not to ward of future investors and / or frustrate the gains made thus far in the power sector”.

On this note, we call on the Bureau of Public Enterprise (BPE), the Nigerian Electricity Regulatory Commission (NERC), the Nigeria Bulk Electricity Trading Company (NBET) and every concerned regulator to immediately come out and clear the air on the needless controversies being stirred to cripple the BEDC under its current management.

“If we do not get appropriate feedback within seven days of this notice, we shall be left with no other option but to embark on peaceful procession to these offices for the sake of sanity in our power sector”, the group stressed.

TADI said that as stakeholders, the federal government has representation on the board of respective DISCOs and it is totally at its discretion to appoint whoever she deems it fit to represent her interest in the DISCOs, saying further that “it is not the DISCOs that determine who federal government appoints as her representative contrary to what some naysayers would have us believe in the case of BEDC”.

“It is empirical to note that the respective DISCOs can only distribute the amount of power sold to them by NBET based on the Multi Year Tariff Order (MYTO) allocation allotted each DISCO. Thus contrary to wrong assertions, DISCOs are not allotted power based on what their respective states generate but as determined by NBET using the MYTO allocation system. It added.

TADI disclosed that it has identified with “patriotic disenchantment the consistent, brazen and expertly contrived attempts by certain unpatriotic elements to sabotage the dexterous efforts of BEDC to supply power to Edo, Delta, Ondo and Ekiti States.

These findings, according to TADI indicated that the entities have launched media and physical attacks on BEDC and primarily bent on destroying the corporate reputation of BEDC on one hand and discredit the federal government’s roadmap for power stability.